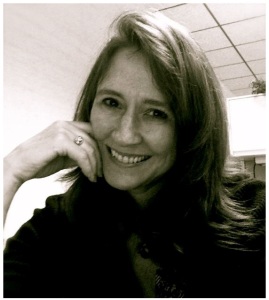 Lyric Opera of Chicago announced a new kind of role on Tuesday: singers Ana María Martínez and Eric Owens were named community ambassadors. The two opera stars, both headlining Lyric’s Rusalka, are charged with bringing a little opera (minus the 3,500-seat theater) to different doorsteps in the community. On their first day, however, they burned the script, so to speak.

On a visit to Young Women’s Leadership Charter School on Chicago’s south side, they dispensed with the typical in-school presentation, choosing not sing (though they played a couple video clips), and talking about opera only part of the time.

Instead, for much of their visit, the singers focused on what could be characterized as life lessons: things learned through their experiences in opera, like the importance of using one’s greatest gifts; hard work, respect for others, respect for oneself, humility, dealing with rejection, recognizing a harmful relationship, and, yes, finding courage when the support system fails.

Clearly, Lyric Opera’s new ambassadors are delivering a message that goes deeper than listening to music: art can heal a community. The singers struck a somewhat serious tone, suggesting they’ve had experience with today’s youth (teens face more choices than ever—some of them dangerous). Owens spoke about the deep satisfaction of doing “something you love, where everyone is giving their all.” He grinned broadly as he discussed the closeness he felt to Rusalka’s cast, noting the benefits of sharing a “focused energy” with other people.

Ms. Martínez added, “an opera begins as an idea in someone’s mind.” She suggested the composer found his gift, and urged the girls to find their own gifts. She also counseled them to trust a gut feeling, when that “tightness in the stomach is telling you something isn’t right.”

The girls at Young Women’s Leadership Charter School attended La traviata in the fall and have been studying Rusalka. They were ready to greet Eric Owens and Ana María Martínez with thoughtful questions like, “When the Rusalka character loses her voice, how does a singer stay in the action?” “Do you really learn these different languages?” One student asked, “Did your parents support you or did they think that art is a waste of time?”

Lyric Opera’s community ambassadors offered a range of experiences, from adapting to a new director to the physicality of singing. They spoke about the poignancy of Rusalka‘s story and how it teaches us something about our humanity. The ambassadors were straightforward with these kids: life is not a fairytale. At the same time Ms. Martínez added, “You have everything you need already.” Quoting Joseph Campbell, she told them, “Follow your bliss.”

“I can really tell that they’re interested about what they do. They really have a passion for singing, and they also have amazing voices. They have to have really strong voices. I want to look more at the opera actually.”

The community ambassadors program is part of Lyric Unlimited, an initiative of Lyric’s creative consultant Renée Fleming, music director Sir Andrew Davis and general director Anthony Freud. In past seasons, Ana María Martínez has visited this and other Chicago Public Schools through Lyric’s Vocal Partnership Program. Both Ana María Martínez and Eric Owens are scheduled to return to Chicago in subsequent seasons and continue their role as ambassadors.